Real Housewives of Orange County fans know that when it comes to story lines veteran Housewife Tamra Barney never falls short. Over the past 5 seasons we have seen her evolve, surviving a divorce to become a free spirited woman who is never afraid to speak her mind. Recently I met and then spoke to Tamra. The re-curring theme seems to be the cut. From the footage that makes the cut, to her recent emergency surgery, to her brand new fitness studio Cut Fitness, Tamra keeps proving that she is a cut above your average Housewife.

TBB: Congratulations on the opening of Cut Fitness. I’ve heard it’s a large studio and you have a very innovative kids’ studio within it. Tell us about it.

TB: We have been open 30 days so far. We have group fitness for adults. Our kids’ studio is for children ages 1 to 10. There’s fitness equipment for the kids, workout DVDs, and windows all around the room so they can watch their parents work out. We are also working on programs for teens and preteens. We want to encourage the younger generation to get active!

TBB: On your website, you state that you had to change your workout in your 40s. What’s your fitness advice for women in your age group?

TB: Oh boy, where do I start? As (we) age (our) hormones change and (we) have to adjust. I was working out and felt that I wasn’t getting the results I needed. I changed my diet drastically and now I’m working with a nutritionist. I learned that I wasn’t eating enough for how active I was. My body was going into starvation mode because I was so active. I felt what I describe as “skinny flabby”. I thought I needed to add more cardio and what I really had to add was weight training.

TBB: We know you are now involved in the fitness business, so are you still selling real estate?

TB: I still have my license. It’s funny you asked me because it’s just come up for renewal. I’m taking my continuing education classes to keep my license because I don’t want to let it go.

TBB: Was any of your conflict with former Housewife Jeana (Keough) due to competition as agents?

TB: (laughs)You’re going way back! No, Jeana was well established in real estate before I even got on the show and is still doing it full time from what I understand. Our issues were silly stuff in the beginning and then it got into the really nasty stuff.

TBB: What happened after your Season 7 finale reconciliation with Jeana?

TB: Actually that was probably the last time I have seen her. She doesn’t really hang in the same crowd as us anymore. I rarely see Jeana other than running into her at social events. Usually she makes a cameo every season, but, as far as I know, she wasn’t on at all this year.

TBB: You entered RHOC during its third season. I read you were selected from a casting call. Did you know any of the ladies prior to joining the cast?

TB: I knew of them. I had run into Jeana before in the real estate world. Other than that I didn’t know anybody. I was intimidated and scared even back then when it wasn’t so catty. I really looked up to them as TV personalities.

TBB: Season 7 of RHOC was a very high rated season and you had quite a lot happen to you during it like finalizing your divorce, having your breast implants removed, and getting engaged to Eddie (Judge). What are some things that we will witness this season?

TB: It’s funny because the producers always joke with me that they have to cut my story line because I’m only allotted so many minutes per episode. (Season 8) you will see me wedding planning. Then there’s the (fitness) studio in the early stages like finding the location and the construction. There’s also my bachelorette party. I also go into my past. Some things I bring up that happened to me as a child that might help people understand why I have a tough exterior. If people think I’m mean or cold it will give them a better idea of where I’m coming from.

TBB: Being a reality star is very demanding. Do you ever feel that the pressures of the show played a role in your divorce from Simon?

TB: I don’t think it had to do with any kind of pressure from being on the show. We didn’t have a stable foundation. I think me being in the spotlight did a number on him. It may have sped up our separation because if you don’t have a solid foundation and you go into (Reality TV) it can make your spouse insecure. In the end it gave me the courage and the strength to move on with my life and make it happy.

TBB: Your friendship with Vicki (Gunvalson) deteriorated during season 7 over her relationship with Brooks (Ayers). Where do you and Vicki stand now and is she dating Brooks again?

TB: You will definitely see my friendship with Vicki start off shaky this season. We start right where we left off. All I’ll say is it gets worse before it gets better.

TBB: You recently had emergency abdominal surgery. Tell us about it.

TB: It was horrible. I had an incarcerated hernia. It started as a defect in my stomach. I went in to have my tubes tied as Eddie and I had decided we didn’t want any more children and, at my age, I shouldn’t have any more anyway. (The procedure) made the hernia larger. Within two months after surgery my abdominal wall ripped from my belly button to my pubic bone. I had stomach pains and was going to make (a doctor’s) appointment but failed to do it. I was sitting on the couch one night and got these really bad pains. Eddie was out teaching a class so I texted Terry Dubrow and he said call 911. They took me to the emergency room. I looked like I was 8 months pregnant in a couple of hours and the pain continued despite being administered morphine. I had a 4 hour surgery. Thank God I didn’t lose any of my intestines. It was a bad recovery. I was in an abdominal binder and bent over for 2 months. I was on a liquid diet for 2 weeks because my stomach couldn’t handle food. It was brutal! I’m still recovering and within in 6 months I’ll have to have reconstructive surgery, which Terry will do.

TBB: I’ve read you are quite domestic. You love to cook and bake. What’s you specialty?

TB: Eddie and I both love cooking and we probably cook every single night. For dinner I’m obsessed with brussels sprouts and lots of fish. I love trying different things. With my girls I’m always baking cookies and brownies.

TB: (laughs) I always get asked this. I never know what my fans want to know. I am definitely in wedding planning mode. (Eddie and I) were supposed to be married in February and it didn’t happen because our (fitness) studio took so much of our time, energy, and money. You’ll see the struggles we’ve had (on the new season). At one point I felt like, “Do you want to marry me, or are you making excuses?” So you will see us go through that. We are getting married this summer and we hope we will be able to share that with everyone.

TBB: Does that mean you are televising the wedding? 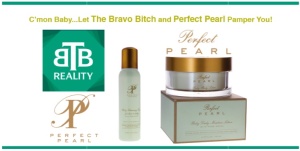