“Get the chopstick out of your ass!” “I’m eating my feelings right now.” Only one person can say these things and sound entertaining, intelligent, and authentic. Yes folks, the original Skinnygirl is baa-aack, and from the previews of Real Housewives of New York City Season 7, she’s as brash and sassy as ever.

It’s been a while since I can say I’ve been excited about a new season of Housewives. What used to be a strangely entertaining spy session into the lives of a clique of women, morphed into a long hour of petty overacted, and overreacted, drama. The last couple of seasons of The Real Housewives of wherever, had become background noise that I desperately tried to stay interested in. Each hour ended with me questioning if I had undiagnosed ADD. I just could not stay focused. However, if anybody can bring me back to Housewife fandom, it surely will be Bethenny Frankel.

After a stint on daytime TV with her talk show, Bethenny, a very public divorce, and a muted presence in the public eye,we now have Bethenny the RHONY version 2.0. Though she may feel that coming back to Bravo is in someway eating her own words, from the looks of it this is right where she belongs..and they need her. Bethenny is the perfect fit for Housewives.

How is she the perfect fit? She’s a single mother with a growing company, a far cry from some of the women on the neighboring New Jersey franchise who are more traditionally suited to have such a title, but it’s the absence of this traditional Housewife definition, combined with her unique personality that make her the quintessential Real Housewife. Her life is interesting which means she has enough going on that there’s no need for her to manufacture a story to be on the show. Add to that her witty sarcasm, unapologetic neuroticism, and nitty gritty take no prisoners approach to catfighting, and you’ve got a woman who knows how to be nothing but real. This is why fans love her, it never feels like she is faking it. This is why she excels at reality tv, and was the square peg as a talk show host.

With a major return to the show that made her a household name, a new dating advice book, and two new Skinnygirl Cocktails flavors, I think the world is certainly ready for Bethenny 2.0! PS: I recently received the new Skinnygirl Pinot Noir and Spicy Lime Margarita flavors. I haven’t even drank red wine in eons due to migraines, but I bit the bullet with the Pinot Noir. I have to say, it was delicious and I fought the urge to have a second glass. The next day I was fine, no headache. Perhaps it’s the reduced sugar, but whatever it is, I’ve finally been able to enjoy red wine for the first time in ages. Just like I’ll be able to enjoy Housewives when it premieres April 7th. I’m saving my Spicy Lime Margarita for that special occasion. Check out the trailer below and tell us, are you excited for the return of the glamorous girls of the Big Apple? 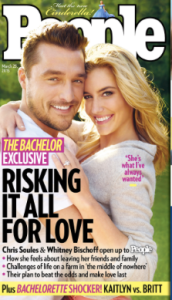 Out with the old and in with the new. Newlyweds Season 1 (top) and Season 2 (bottom).
Photos: Bravotv.com

In preparation for last night’s second season premiere of Newlyweds: The First Year, Bravo TV revisited the season one cast last week.  Not sure about you but I was a huge fan of this show so I was super excited to watch.  It definitely did not disappoint.  Tara (@TheBravoBlonde) and I discussed it and we both agreed it provided us with a pretty realistic view into the lives of these four couples post-show.

We meet up again, now two years later, with Blair and Jeff, Alaska and Kim, Kathryn and John  and the infamous Tina and Tarz.  T and T  are stil

l having some of the same issues they did in their first year, especially with Tina’s father, who seems to despise Tarz even more, if that’s possible.  They have a (what feels staged) scene in a yogurt shop where Tina goes nuts smashing yogurt toppings on a table.  She did say she went back and cleaned it up. The pair have added a child, Tarzie, to their family. Tina takes him on a very bizarre (and also possibly staged) audition.  One thing Tina is never short of is the entertainment factor.  Without fail, this girl just makes me laugh.

Alaska and Kim seem to have forged a pretty strong bond over the past two years.  Kim has since moved to LA which has really improved their relationship. Take it from me, the California sun is some pretty good medicine.  Speaking of medicine, Alaska who has a very bad back, has acquired a medicinal marijuana prescription. It has definitely chilled him out.  In fact so much, he has sprouted ropes from the dead center of his head.  Sorry Alaska, I love you but your new do, not so much.

Kathryn and John are still in Long Island running their tanning salon and have also had a baby.  Kathryn is a sweet girl but John still irritates the crap out of me.  Mainly the way he deals with his son.  Dude, get over yourself and change a diaper, he’s your kid too! I can’t with him.

Sadly when we meet up again with Blair and Jeff, we find out the two have been living separately for the past seven months. Ultimately, the guys decide to end their domestic partnership.

And now onto Season Two, which  began last night at 10 and featured four new couples embarking on the adventure of marriage.  Introducing for the first time as…Bravolebs, Erik and Nadine Courtney, Kirk and Laura Knight, Rouvaun and Toi Troutman-Walker, and Samantha and Laura Leigh Abby.

The show began with the same catchy theme song we remember from last year.  I don’t know why, but I love it.  I wish it was a ringtone. We meet Kirk and Laura first,it is three days before their wedding.  The pair live in Bethesda, Maryland and met on a blind date.  Kirk is in commercial real estate investing and Laura owns an insurance brokerage company.  Kirk we come to find, is a bit of a control freak.  He has two teenage sons from a previous relationship and seems to be a good dad.  He also has two pre-school age siblings from his Dad’s current relationship.  The dad reminded me of Albert Brooks character in This is 40.  Think about it, you know I’m right.

Sam and Laura met seven years ago in their sorority with Laura being Sam’s big sister.  Laura says she never considered herself a lesbian until she met Sam and the rest is pretty much history.  The girls live in New York City where Laura is a freelance writer and Sam is independently wealthy.  Her mother, who passed away, left a multi million dollar trust to Sam and her brother.  Sam recently used some of her inheritance to start a production company.  Laura and Sam meet up with Sam’s close-knit Jewish family who reminds me somewhat of my own.  Very, let it all hang out.  Laura’s from a strict Catholic family who I am happy to report have embraced her wife to be.

Rouvaun and Toi have both previously been married. They met years before and went on a date and really hit it off.  Due to financial concerns and living far apart, he in Northern California and she is in LA, they let each other go for fourteen years.  Enter Facebook.  Both divorced, they got back together and Toi moved to be with Rouvan, a banker and mortgage broker, and develop her hair extension company.  Unfortunately Toi doesn’t have many of her own people at the wedding.  Her mom traveled from Ohio and wound up in the hospital, and because of Toi’s lupus she can’t risk getting sick by going to visit her. Rouvaun lovingly sets up an iPad so Toi’s mom can watch the nuptials via  Face Time.

Erik and Nadine live in my favorite of places, Santa Monica.  We meet them when Erik is on the way out to pick up his mom from the airport.  Erik’s mom is a nun.  Yes, a nun.  Erik tells us than when he was seventeen, his mom made the choice to become a nun.  Okey doke. Mom is actually really cute when we do meet her.  Erik is a computer consultant and met Nadine online and on their third date they went all the way to Tokyo.  No, not like Benihana Tokyo, like Tokyo, Japan.  This explains why after three months of dating the two went to Paris and got engaged.  Nadine is a beauty blogger who parlayed it into two books titled Beauty Confidential and Confessions of a Beauty Addict published by Harper Collins.

All four weddings go off mostly without a hitch and the couples begin their lives together.  The upcoming weeks look good.  Once again the newlyweds have sucked me in.  If anyone finds the theme song ringtone, hit me up.