Lyme Disease, you would think it’s something new, considering all the press it’s recently gotten. Thanks to people like Yolanda Foster (The Real Housewives of Beverly Hills) and Avril Lavigne, and the internet phenomenon known as The Lyme Disease Challenge, Lyme has recently gotten some long awaited attention, extremely long awaited.

Flash back more than 20 years ago, when I was just a teen, and not even a blonde. I was a little bit of an earth child, listening to bands like Steve Miller and the Grateful Dead and shopping for perfectly worn in jeans and flannels at the used clothing store that became very trendy where I lived. When the warmer months came I refused shoes, going barefoot any place that would let me get away with it. I sat under trees reading books by Thomas Harris  and John Grisham, while adults from the camp I attended called my mother saying they were concerned that I often chose to be alone over socializing. I spent a lot of time in the grass bonding with nature and not caring what others thought of it. I also didn’t care when I got warned that there was a new disease being spread by ticks in that very grass.

Teenagers are unaware of their mortality, and it’s that invincible feeling that makes those years so exciting. I laughed off the notion that my penchant for refusing to wear shoes could even make me sick. “The grass between my toes is good for me,” I’d retort. Diseases happened to “other people” who were really old or in After School Specials, they would not happen to me.

When I was about 16 I started to feel different. My knees ached, I was tired, I was moody…and not in the regular hormone infested teenage girl way. I would cry hysterically without reason. You could ask me, “What’s the matter?” and I would answer “I don’t even know!” The pain in my knees started spreading and I would feel it in my elbows, my toes, my wrists, another friend who had it described it as “a mouse running around your body” which is exactly as it felt. It was like the pain was a pinball and it would bounce from joint to joint causing terrible pain.

My pediatrician first diagnosed me with growing pains, but as my fatigue and pain increased he ran out of ideas. He told my mother to take me to a shrink. That these perceived symptoms were all in my head.  My mother knew better than to do that, but we didn’t know where to go. Then one day at a family gathering I made a beeline for a relative’s bedroom and went to sleep. I woke up in a panic, I could not lift my arm, which was throbbing in pain, off of the bed. I begged my mother to help me find the right help, expressing that I feared I would end up wheelchair bound if we didn’t find somebody who could help.

A rheumatologist diagnosed me with Lyme after I showed borderline positive on a blood test (it was so hard to diagnose that even the slightest sign of a positive is taken very seriously). I was treated for 4 weeks with strong antibiotics. The first two weeks I got sicker (called the Herxheimer effect) and then in the final two started to feel better. There was a life back in me that hadn’t been seen in so long. My mother said that the “soot under my eyes” lightened up. I started to feel like the old me again. Then the doctor pulled the meds, saying four weeks were enough. I sunk even lower than before. My short term memory started to fade and the exhaustion was back with a vengeance.

Through a neighbor we found a doctor who was gaining fame for treating Lyme about an hour from our home. He said there was no question that this is what was making me sick. For two and a half years he fought this disease with me with antibiotic cocktails until I was symptom free. He saved my life. To this day he is my hero.

Life after Lyme is never the same. I have early onset arthritis that makes it hard for me to write on some days. When it rains my ankles and wrists swell. I need to make sure I get enough rest or it could knock me out for a few days. But I am happy to say that for the most part Lyme is behind me. What I am unhappy to say, however, is that the disease still exists and more and more people are getting sick, very sick. Lyme Disease is no joke, it’s serious, though often misunderstood. Please view my Lyme Disease Challenge video below and take the challenge yourself. Let’s save some lives one bite at a time! 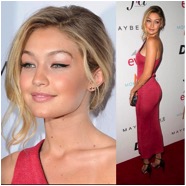 This week may not have been the best for Real Housewives of Beverly Hills‘ Yolanda Foster as far as her health goes, but she certainly has reason to celebrate. Her daughter, Gigi Hadid was just named Model of the Year at the Fashion LA Awards. We continue to send our thoughts and prayers to Yolanda for a speedy recovery as she struggles with severe complications from Lyme Disease. 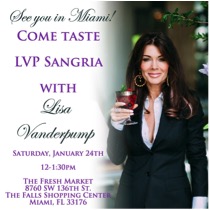 Yolanda’s co-star Lisa Vanderpump is scheduled to appear at a Fresh Market grocery store in Miami this weekend to promote and sign bottles of LVP Sangria and our very own Lesley Rousso is planning to attend. I (Jamie) met Lisa not too long ago, Lesley, you will love her!

While still on the topic of RHOBH, Brandi Glanville will not be watching LeAnn & Eddie on next season’s show…and neither will we. People.com reports that the VH1 reality show has been canned after only 8 episodes! OUCH!

Lastly from the 90210, Adrienne Maloof has returned the boy toy. The 53 year old split from Jacob Busch (25) after a year and a half. TMZ reported that the relationship started to unravel during the fall. Prior to dating Busch, of the Anheuser-Busch family, Adrienne had a brief relationship with rocker Rod Stewart‘s son Sean (34). Who is next? May we suggest Justin…

Seems like Selena Gomez has finally moved on from Justin Bieber and on to music producer Zedd. The two were spotted at a Benihana in Atlanta on Friday, which doesn’t help combat the rumors that they’re seeing each other. Selena is filming a movie in Atlanta and Zedd? Well, he’s just there for Selena. So Adrienne, if you’re reading… (just saying!)

A couple of months back ads for Bravo‘s Girlfriends Guide to Divorce caused a stir and was banned in certain cities. History repeats itself with new Real Housewives of Atlanta ads that have popped up around the ATL area. According to Reality Tea people are outraged by the racially insensitive ads that feature the ladies and reads Black Wives Matter. The ads are a play on the political awareness campaign Black Lives Matter. It is not known who is behind the ads and if Bravo is even responsible or aware of them.

Gia Giudice is making her rounds as she revealed to many news outlets that her mom [Teresa Giudice] is doing great in prison. Teresa’s expected release from the Danbury CT prison is February 5, 2016.

n Vanderpump Rules news, Katie Maloney celebrated her birthday this week in Vegas. According to Twitter and Instagram, Stassi Shroeder nor Kristen Doute were invited nor did they attend.

Outside the realm of Bravo TV…

Please, can we never talk about an under inflated football again? In case you’ve been living under a rock or your TV is broken, you’ve heard about the allegations being made against the New England Patriots. I guess we’ll have to watch what happens. 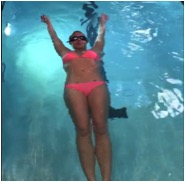 ICYMI Britney Spears jokingly mentioned via Instagram that she’s “putting in work in preparation for [her] tryout for the U.S. Synchronized Swimming team. Rio here I come!” Check out the video she posted at http://instagram.com/britneyspears/.

One final thing: It was announced on Friday that SkyMall is filing for bankruptcy. How will we ever make it through another flight without seriously considering buying monogrammed golf balls, wine aerators or garden statues? RIP, SkyMall. You’ll be sorely missed.

Have any thoughts on Bravo news, Deflate Gate, or who you’re rooting for in the Superbowl? Share your thoughts with us in our comment section. Your email will never be shared or sold. 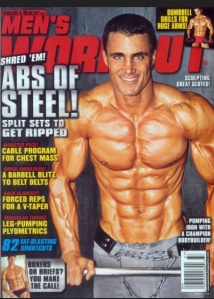 Greg Plitt on the cover of Men’s Workout

I want to start this week’s Reality Roundup by expressing our condolences to the family of Bravoleb Greg Plitt. Greg passed away Saturday after being hit by a commuter train in, what’s been deemed a “tragic accident”, in Burbank, CA. TMZ reports that Plitt, a bodybuilder, inspirational coach, actor and model, was filming a sports drink commercial when he tried to “outrun the train.” The report states that he tripped on the tracks and couldn’t “recover” in enough time to avoid being struck. Greg was one of the trainers on Work Out and most recently a castmember on the new show Friends To Lovers.

E! News is reporting that Real Housewives of Beverly Hills’ Yolanda Foster has apparently lost her ability to read and write due to her recent relapse with Lyme disease. She says she’s lost her ability to concentrate on anything including just watching TV. Yolanda we hope you are back to feeling better soon. xoxo

Teresa Giudice has been in prison for two weeks now and her cell mates allegedly spilled the tea to US Magazine. One source claims that Teresa is doing well and has quite the captive audience. According to that same person, most of the inmates are fascinated by the way Tre really looks. One of the main reasons, the hair extensions are gone! Told ya so. Oh my weave! Reportedly one inmate with dreadlocks tried to become her protector which Tre just ignored. Back in New Jersey, US reports that things aren’t going great with Joe playing the Mr. Mom role. I can only imagine.

Tune in later this week for another hilarious Bachelor recap by Denise Weiss!